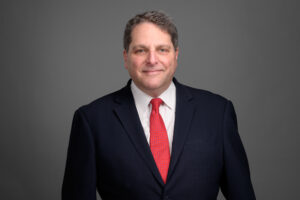 Adam Brand represents insurance clientele in all phases of first and third-party coverage and litigation and represents numerous corporations, both insured and self-insured, in a variety of litigation, including products liability, premises liability, general liability, subrogation, and replevin actions. Mr. Brand has extensive trial experience before state and federal courts in complex coverage litigation, automobile, commercial, and homeowner fraud and arson cases, and bad faith and extra-contractual liability matters. Mr. Brand has more than thirty years of experience representing insurers, has conducted thousands of depositions and examinations under oath and has represented dozens of insurers in arbitrations, mediations and other non-judicial proceedings.  He also has briefed and argued appeals in the appellate courts of Massachusetts. Mr. Brand has been called upon to provide testimony before the Massachusetts Senate on insurance-related matters.

For several years prior to forming his own firm (Brand & Associates), Mr. Brand was a partner at Morrison, Mahoney & Miller, LLP, a national defense firm. During Mr. Brand’s tenure at that firm, he dedicated a substantial portion of his practice to matters involving subrogation, general liability and the defense of municipalities. In addition, Mr. Brand managed his previous firm’s Fraud and Arson Litigation Practice Group. This practice group specialized in representing insurers throughout New England in the investigation and litigation of suspected fraudulent property and personal injury claims. Mr. Brand developed a philosophy of aggressively fighting fraudulent claims, including the filing of complaints for declaratory relief, counterclaims and restitution actions.

Mr. Brand is actively involved in the insurance industry’s education efforts and has served as a panelist and lecturer at seminars and conferences sponsored by international, national and local insurance organizations. Mr. Brand has provided and continues to provide numerous in-house training sessions to insurance companies.

Mr. Brand belongs to a number of organizations aimed at serving the insurance industry, including New England Association of Insurance Fraud Investigators (NEAIFI), New York State Chapter of Special Investigation Units (NYSSIU), IASIU Educational Committee, and Massachusetts Bar Association.  In 2007, Mr. Brand was nominated to join the Council on Ethical Billing (CEB)/Council on Litigation Management.  In 2008, Mr. Brand was selected as National SIU Counsel for certain of Brand & Tapply, LLC’s insurance clientele.  In 2013, Mr. Brand was selected as a member of the National Truck & Heavy Equipment Claims Council (NTHECC) and serves as the Chairperson of the By-laws Committee for NTHECC.

Mr. Brand received his Bachelor of Arts degree from Hobart College.  He graduated from Suffolk University Law School, where he also served as an editor of the Transnational Law Journal.  Mr. Brand studied abroad at the London School of Economics and King’s College in London. Mr. Brand also served as a judicial clerk for the Superior Court of New Jersey.

Mr. Brand is admitted to practice law in Massachusetts, New Jersey and New York. He is also admitted to the bars of the United States District Court for the Districts of Massachusetts and New Jersey, as well as the First Circuit Court of Appeals.

DISCLAIMER – This website may contain links to other internet sites. Brand & Tapply, LLC did not produce, and is therefore not responsible for, the content of any such sites. In some jurisdictions, this website may be considered advertising.